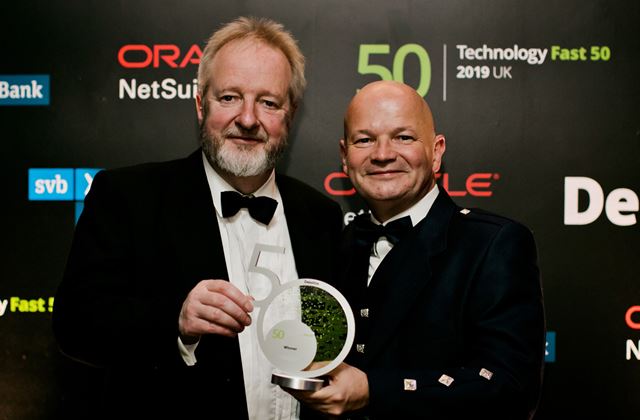 We attribute our 2,331% revenue growth to great innovation

When the European Union embarked on a project to build one of the world’s largest supercomputers, it turned to a small, Sheffield-based firm for the technology to keep it cool. Iceotope’s liquid cooling technology is used by some of the biggest companies in the world: it keeps data centres from overheating and allows computers to operate at maximum efficiency.

Founded in 2005, Iceotope doesn't use oil, water, or fans in its technology, and has developed a unique application that takes up very little space. “Liquid cooling isn’t new,” says boss David Craig. “You drive a liquid cooled car, for example. What’s unique is how we make it all work. Doing it in a way that’s workable, efficient and practical… that’s the clever part.”

Iceotope started as a business that sold environmentally friendly computers. The company was more research driven in the first ten years, explains Craig, who joined the company as a non-executive director in 2015. Once he became chief executive in early 2016, Iceotope was refashioned as a commercially focused entity: “I brought structure to the business, and shifted the model radically to focus on technology that worked and met market needs.”

Rather than operating as a manufacturing business, which would limit growth, Iceotope has switched to a licensing model, forging partnerships with the likes of Schneider Electric, the energy and automation giant. Craig says: “We are focused on intellectual property now, and have unleashed the capability of our engineering team, which was previously in the shadows.” There are 21 people in Iceotope’s engineering team, and nine of these individuals have created 25 patents (and counting) between them.

There are several drivers spurring future growth, reveals Craig. “Over the last 10 years, chips have become more performant and therefore much hotter,” he explains. “Artificial intelligence and machine learning have quadrupled their thermal output.” Rising middle classes around the world, all joining social networks and using mobile phones, will contribute to the rise in data centres too.

Iceotope’s technology makes it possible to cost-effectively build data centres in any geography but also to build supercomputers and standard data centres in hot and humid parts of world, such as Africa and South East Asia. “Our technology is impervious to harsh environments, humidity and dust,” says Craig. “Computing can be deployed in places it never has before, at amazingly energy-efficient levels.” Its technology also makes "edge of network" computing a reality, helping to bring critical applications under local control.

In an industry that consumes billions of litres of water to cool technology every year, Iceotope’s technology is virtually water-free and becoming more and more attractive. “Everyone is becoming more aware of water consumption,” says Craig. “What we consume in this industry would provide water for 700m people.”

Iceotope’s growth will skyrocket over the next few years. “We are seeing significant traction and there are many applications for this technology.

“Our valuation has grown several times over since 2015, and we haven’t even reached the hockey stick of growth yet,” he adds. “Our technologies will be licensed ubiquitously in the near future. Frankly, I see this becoming a multi-hundred-million revenue business.”